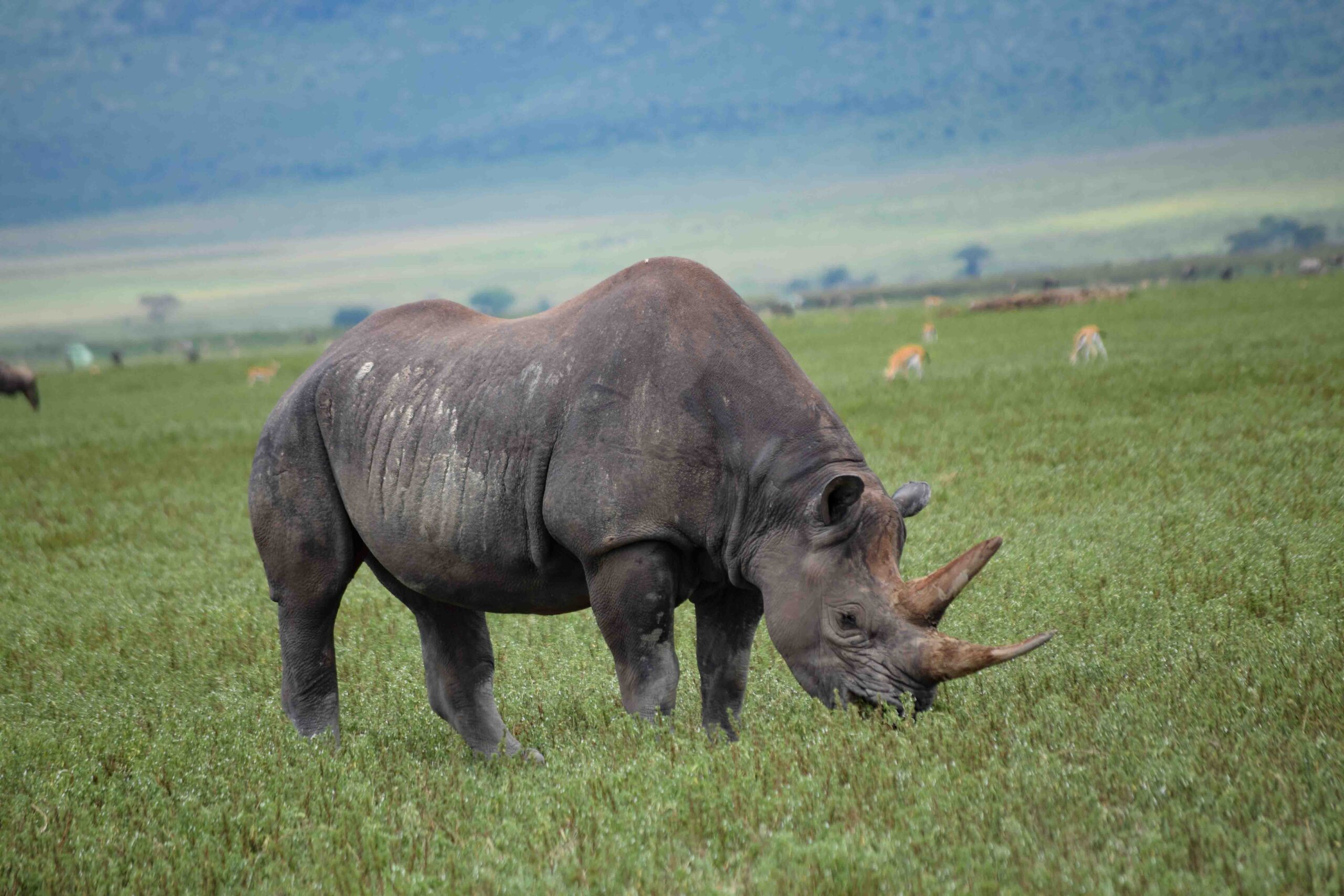 There have been 115 species of mammal recorded in the Ngorongoro Conservation Area. The two main areas for game-viewing, apart from the crater, are the short-grass plains west of the Gol Mountains, northwest of Ngorongoro Crater and the surroundings of Lake Ndutu close to the border with Serengeti National Park. The two areas become the feeding and breeding ground for over 2 million animals during the rainy reason as they support the great annual wildebeest migration that spans the Serengeti ecosystem. From around December to May (depending on the rains), over one million wildebeests and thousands of zebras and gazelles move south to calve in the short-grass plains around Ndutu that straddle the Conservation Area and Serengeti National Park.

Elephants, elands, hartebeests, and the endangered rhinos are among the residents of the crater. There are also resident zebras and wildebeests in the crater that do not take part in the annual migration. Hippos are found in the permanent fresh water pools and the swamps in the crater. Other non-migratory herbivorous mammals that are found in the Conservation Area include buffalos, waterbucks, warthogs, and kudus and other species of antelope. Giraffes live in the surroundings of Lake Ndutu, where acacia trees are abundant.

There are over 550 recorded species of birds in the Conservation Area, of which some are resident and others are migratory. Lake Magadi, a salt lake on the floor of the crater, is often inhabited by thousands of lesser flamingos and other water birds. These birds can also be observed around Lake Ndutu and in the Empakaai Crater Lake.

The forests of Ngorongoro are also abundant with birds, including species of turaco and hornbill. Raptors such as the goshawk and harrier are common on the plains of the Conservation Area.