The Machame Route also Known as the “Whiskey route”, the route is now the most popular route on the mountain. Compared with Marangu, the days on Machame are longer and the walks are steeper. The Machame route is considered a difficult route, and is better suited for more adventurous folks and those with some hiking or backpacking experience. 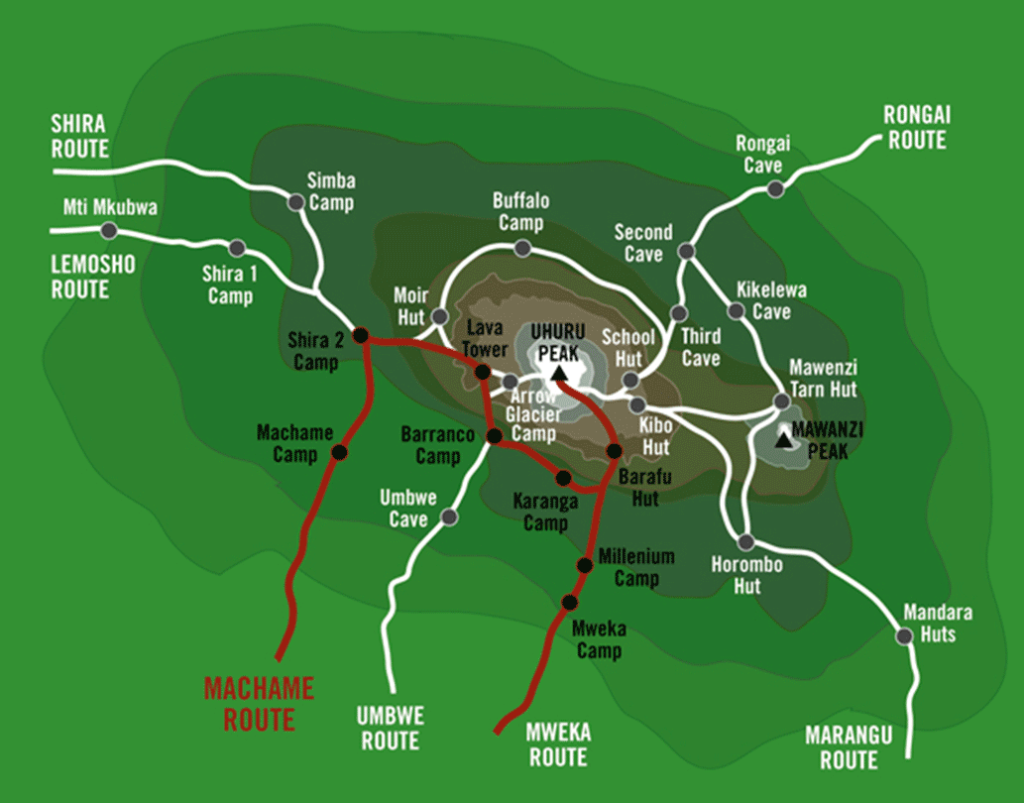 The route begins from the south, then heads east, traversing underneath Kilimanjaro’s southern ice field before summiting. The minimum number of days required for this route is six days, although seven days is recommended.

The Machame route is scenically beautiful and varied. However, due to the heavy crowds, it loses some of its spendor.

The Machame Route climb can be done in a minimum of six days (five nights) on the mountain. However, it is most often tackled over seven days (six nights), for a better altitude acclimatization schedule. The trek begins at Machame Gate, located in the southern base of mountain, within its lush, fertile rainforest. The route heads toward the Shira Plateau, before circling along the southern circuit halfway around the mountain, exposing the climber to great views from all angles. The approach to the summit is made from the east, and the descent follows the Mweka trail.

The Machame Route is approximately 62 km/ 37 miles from gate to gate. It is designed for physically fit people with some hiking experience.